With the completion of my run on the morning of 14 June, I officially hit 2000 days in my running streak. Just the thought of that still sounds crazy. That’s almost 5½ years of running every single day. The streak started with no thought to go a significant amount of time. Back in January 2011, I saw a Runner’s World challenge on Facebook. The challenge was to run every day in the month of January so I decided to give it a try. I made it about 20 days before I got sick and the streak ended. The next year, one of the members of my running group at that time, The Village Runners, saw the same Runner’s World challenge for January 2012 and suggested we try to complete it as a group. We felt like the accountability of the group would make it easier to stick with it. That is kind of how it started.

Although it was not on my mind at the time, my streak actually started on Christmas Eve of 2011. My wife, Caroline, and I went to Syracuse, New York, for Christmas to spend Christmas with her brother (Donny), sister-in-law (Anica) and niece (Maddie). We flew to Syracuse on Friday, 23 December, and I intended to go for a run when we got there. Donny picked us up at the airport and we began visiting when we got back to the house and I never did run. I did wake up the next morning and go for a run with Caroline to Onondaga Lake Park. It was 22° with snow and ice on the ground. 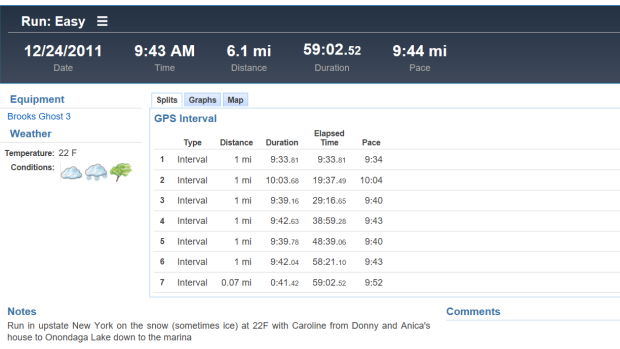 When 1 January came around and we started the Runner’s World challenge, I had already run for 8 straight days. We made it through the entire month and I was at 39 days. For those that know me, you know I am a numbers geek. I realized that I could reach 50 days in less than two weeks so I decided to go for it. At 50 days, I wondered if I could get to 100. By the time I reached 100, my friends were encouraging me to try to run for the entire year. I did not think I could make it that far, but I decided to go for it and I made it. By that point, I was committed to keeping the streak going. At some point, I had to change my mindset from “I have to go run” to “I get to run every day” to take some of the pressure off of myself. Maintaining a run streak this long was never my plan. It just happened. It is also the reason my blog’s subtitle is “Ramblings of an Accidental Streak Runner”. The ramblings are self explanatory if you ever read any of my blog posts. The accidental part is just a fact.

I used to say that I would keep going until I got hurt or sick. Well, I have been both hurt and sick but I somehow have managed to get a run of at least one mile in every day. I typically run in the morning because I have learned that it is a good way for me to start my day. My run wakes me up and gets my juices flowing.

As I have mentioned in other posts, I am still a relatively new runner having started running only nine years ago. For over half my running career, I have been maintaining this current run streak. It was more challenging in the beginning because I was putting too much pressure on myself to make sure I ran. It was not always fun because I made it more of a chore that I had to do. When I decided to enjoy the runs and to run for the fun of it, the pressure went away for the most part. My running buddies have been a huge factor in helping me to keep the streak going because someone is always willing to run with me. There have not been very many solo runs in the 2000+ days of the streak. For that, I feel very fortunate.

Another thing that I have done is study other runners. I read about them to see what makes them tick and what motivates them to do what they do. These runners have become my heros and role models. I cannot express enough how these people have encouraged me, some personally and others from afar. As a show of gratitude, I want to acknowledge many of those runners here: 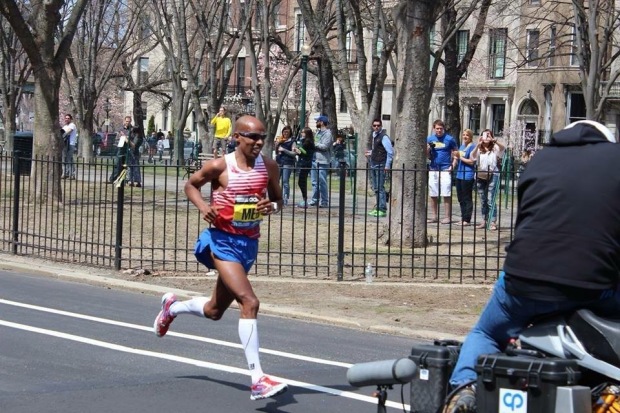 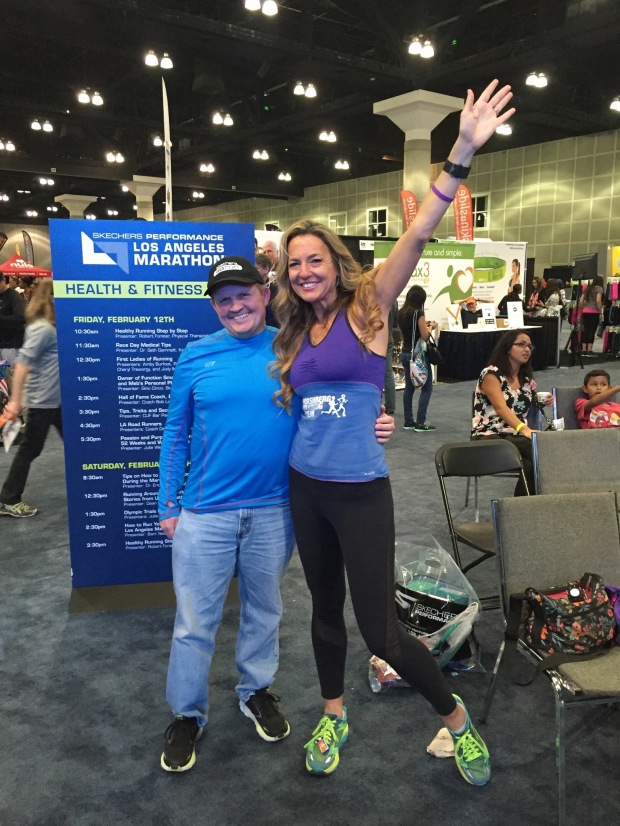 I am always interested in learning about runners that I think are some of the best. I am interested in learning what makes people do what they do. We all have our own motivations and reasons for running. For me, it is about challenging myself and pushing my boundaries. I have no idea how long I will be able to maintain this current run streak but I plan to see how far it will go. And I will have fun doing it.